Tripura ranks second in rubber production of India, next to Kerala. The quality of rubber produced in Tripura is superior. Rubber (Heave brasiliensis) plantation was introduced in this state on a trial basis by the forest department, Tripura Government in 1963. The survey of 2011-2012 showed that total rubber production from Tripura was of Rs. 41.22 crores and the land has high potential to expand this plantation. 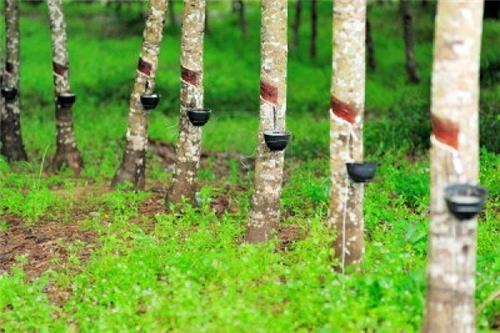 The introduction of rubber plantations started to utilize the degraded forestland of Tripura as a soil conservative initiative. Low elevation regions of the Northeast, with near tropical climatic features soon emerged as the principal rubber growing zone within this country. Rubber Board was open in 1967 in Tripura with a one-man office. State Government adopted rehabilitation of degraded forests through rubber plantation as its primary objective. 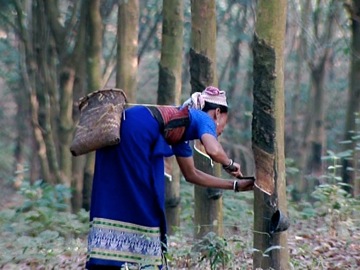 Development of the Tribes

The starting of rubber production, helped most of the the tribals with employment opportunities. Government has developed many rehabilitation projects for the tribes who shifted from “Jhoom cultivation” or shifting cultivation. Tripura Forest Development and Plantation Corporation Limited (TFDPC) encouraged the poor and illiterate workers or tribes to come forward and work in the latex productions. The local people were trained for the plantation work and given them the knowledge of how the business of rubber will help them. These people were provided with food, clothes and shelter also by the Government. Hence it improved the economic status of localites. There were Missionary schools opened for the local tribes in their own regions to make them literate and thus today the literacy rate of this state has reached to 96%. 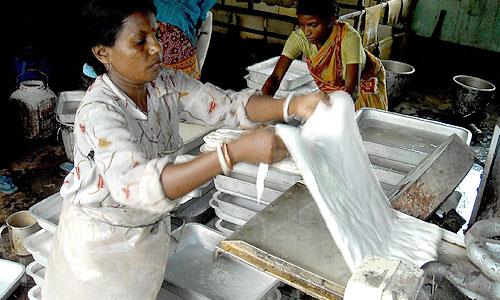 Tripura Rubber Mission was constituted in January 2006 by the Tripura Government as an interdepartmental coordinating body. This was started with the object to increase the coverage under rubber cultivation in Tripura to 85,094 hector in twenty years from 2006-2007 till 2025-2026. This organization is planning for future projects and expanding the sector broadly. For future they are planning to invest in an alien rubber plant genus. 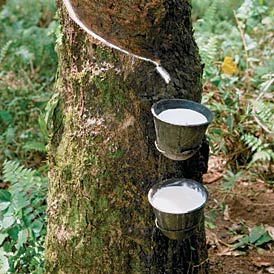 In 2010-2011, about 11,673 hectors of land was under rubber plantations in this state. The natural latex obtained from the rubber trees are collected and exported to other states of India for value additions and to modify various finished articles. The Government of Tripura is encouraging to have some rubber article industries within the state so they can produce the goods themselves and export to other states. In this way the economy of the state will also improve. Rubber plantation is the core participant in the stat’s economical development.