Tripura is the third smallest state of India. The state capital is in Agartala. Tripura has 19 different tribal communities along with Bengali and Manipuri communities which contribute to the rich cultural heritage of Tripura. The culture of Tripura is a mixture of culture and tradition that these communities follow.

The state of Tripura is very rich in its culture and tradition. Each tribe of the state has its own cultural activities. They have their distinct dance and music which are mainly folk in nature. Folk songs and  dance are performed on occasions like weddings, religious and other festivals. Bizu Dance, Lebang Boomani Dance, Garia Dance, Hai Hak dance, Jhum dance and so on are some of the important dance and song forms in Tripura.

Tripura is also a land of many fairs and festivals. The tribal community of Tripura celebrate different festivals round the year. Festivals like Buisu or Bisu, Garia and Gajan Festival, Hojagiri, Kharchi festival, Ker festival are celebrated by the tribals of Tripura. In accordance with that the other non tribal communities celebrate festivals like Durga puja, Diwali, Holi and many others with much gaiety.

The food types of Tripura represents the food of the tribal people. One of the most important ingredient of Tripuri cuisine is Berma. It is basically fermented dried puthi fish. The food of Tripura is made mainly without oil.

Tripura is known for its bamboo and cane products, handloom, and jewellery products. The people of Tripura have a special skill of crafting. There are several small scale cottage industries and most of the people are engaged in different types of handloom and handicraft making. Bamboo and cane products, traditional textiles and jewelery, and other forms craft making are some of the activities in art and craft industry the people of Tripura are involved in.

The state of Tripura is well known for its beautiful culture and rich tradition. There are many tribal communities residing in Tripura. The cuisine of Tripura hence represents the food style of the tribal people. The food of Tripura is mainly non vegetarian. Fermented dried puthi fish is also used as spices for most of the dishes. 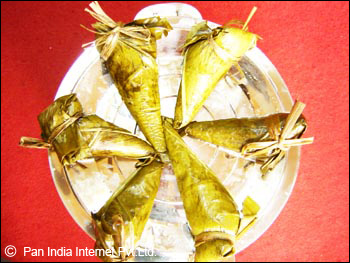 The food of Tripura is made in different cooking methods. Large number of the Tripura cuisine is made without oil. Most of the foods are fermented or smoked. Herbs are used while making the food.

Tripuri people are very fond of food such as delectable bangui rice and fish stews, scrumptious bamboo shoots, fermented fish, local herbs, and fascinating meat roasts. Rice is the staple food of the people here known locally as ‘Mai’. The people use different types of rice and the traditional cuisine is called Mui Borok. Mui Borok is healthy cuisine, prepared without oil. The people have meat of pork, chicken, mutton, beef, turtle, fish, prawns frogs, among others. Apart from meat items food is made of vegetables like potato, brinjal, chilies, pumpkin, corn, among others. 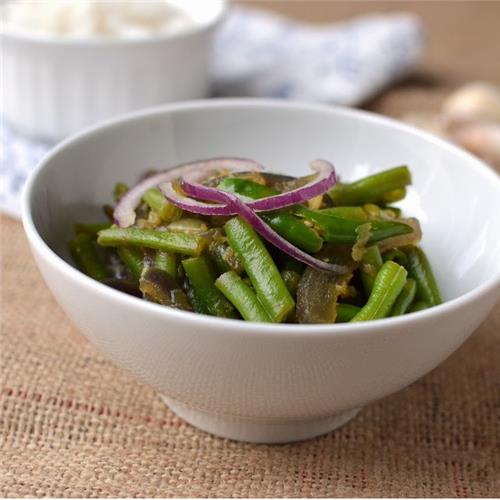 The traditional Chuak is the rice beer prepared by fermenting rice in water. It is drunk on social occasions and ceremonies. Apong, a local drink is also made from millet rice.

Tripura is a land of many fairs and festivals. The tribal community of tripura celebrate different festivals round the year. Festivals like Buisu or Bisu, Garia and Gajan Festival, Hojagiri, Kharchi festival, Ker festival are celebrated by the tribals of Tripura. In accordance with that the other non tribal communities celebrate festivals like Durga puja, Diwali, Holi and many others with much gaiety. The festivals celebrated in Tripura are the following:

The Garia and Gajan Festival is the biggest festival of the Tripuri people. Lord Garia is worshiped in the form of Lord Shiva. The festival is celebrated throughout the state in the month of April.

The worship of goddess Mailuma or Laxmi is known as Hojagiri in Tripuri. The Reang community also performs Hojagiri dance during the Hojagiri festival. 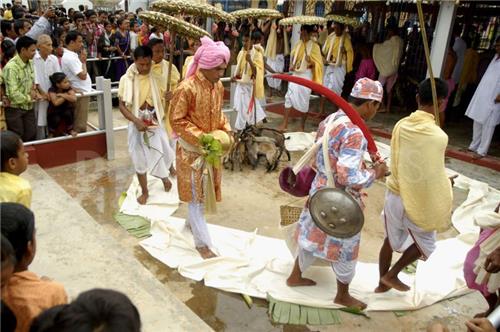 Ashokastami festival is an important festival of the State. It is followed by a big fair popularly known as "Ashokastami Fair" which is held at Unakoti Tirtha at Kailashahar every year in the month of March/April.

Orange & Tourism Festival is organised every year at the Jampui Hill in the month of November during the Orange Season. Jampui Hill is the only Hill Station in Tripura where large numbers of oranges are grown.

Maghi Purnima Mela is held at the time of Maghi Purnima (in the month of February /March) at Chaturdas Devata Mandir of Khowrabill under Kailashahar subdivision. Thousands of devotees visit the site during the mela.

Dance and Music in Tripura

The state of Tripura is very rich in its culture and tradition. In Tripura dwell many tribal communities. Each tribe of the state has its own cultural activities. They have their distinct dance and music.

The dance and music of the tribes of Tripura are mainly folk in nature. The folk songs are accompanied by musical instruments like Sarinda, Chongpreng and Sumai. Folk songs and dance are performed in occasions like weddings, religious occasion and other festivals. Among the many folk dance and songs of the state of Tripura some of the very important are:

The Chakma community of Tripura performs the Bizu dance. It is an important dance of this community. Bizu marks the end of the Bengali calendar. Bizu dance is performed in accordance with songs to the rhythm of folk instruments like Dhol, Baajhi, Hengrang and Dhulak.

Lebang dance is one kind of harvest festival of Tripura, which is observed before the monsoon season. In this festival the dancers catch some colorful insects called Lebang. The male participants of the dance use bamboo chips as a musical instrument and then clap them. The women also accompany in the dance by circling them and waving colorful scarves. 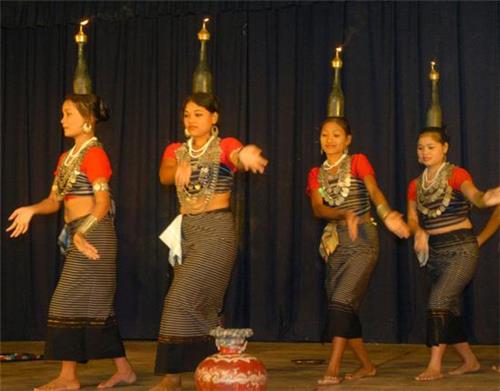 Hai Hak dance is performed by the Halam tribe of Tripura. It is another Jhum cultivation sector related dance of the state. It is observed at the end of the season. The tribe organizes Hai Hak festival to receive the blessings of goddesses Laxmi and performs Hai Hak dance in accordance with songs.

Jhum dance is performed in working place to forget hard labor for a moment. Jhum dance displays life style, mode of cultivation, culture and tradition of the people. It is performed to inspire people to work harder. Folk songs are sung during the dance. 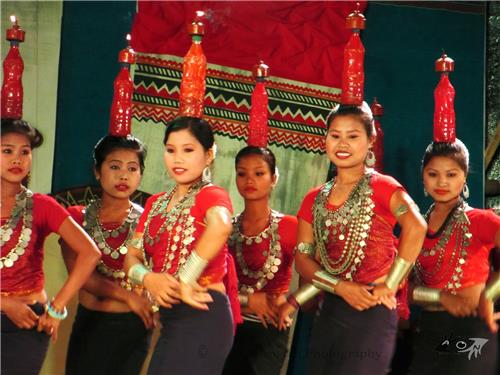 Sagrai is an important festival in Tripura. During this festival the younger person of the Mog tribe move from every house and carries the pious wish yielding tree on their heads. Dance and songs are performed during this festival.

The women of the Reang community perform the Hozagiri dance. It is generally performed during new harvest and the people worship goddesses Laxmi. Hozagiri is a dance of balance, dedication and subtle expertise. In the dance the dancer stands on an earthen pitcher with a bottle on her head. A lighted lamp is balanced on the bottle. The dancers bend and twist the lower parts of their bodies in a rhythmic fashion, without disturbing the bottle and the lamp.

It is celebrated at the end of the harvesting season. Galamuchamo dance is performed to expresses their gratitude to the gods for good harvest. During this dance the dancers wear traditional attire and play their musical instruments.

The girls of Lushai community performs Cherawlam dance. They perform this dance in honor of the person, who dies an untimely death.

Gajan dance is famous in the rural areas of Tripura, celebrated in the last day of the Chaitra month. In this dance people dress like god Shiva and goddesses Gauri. The dancers dance house-to-house and collect rice and money. 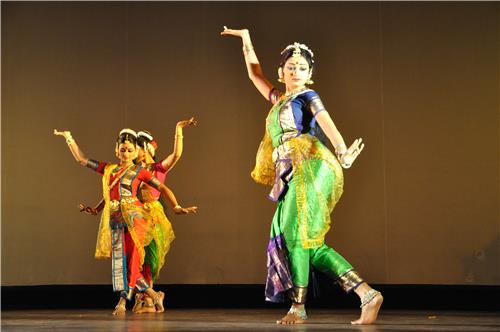 The Manipuri communities perform this dance during Lai Haraoba festival. It is an old form of Manipuri dance, which is an integral part of Manipuri culture. Lai Haraoba dance is dedicated to gods and goddess of pre-vaishnab era.

The Manipuri communities of Tripura observe the Ras Leela during Ras Utsav, which is an Indian classical dance form. The dazzling decorative costumes of Radha, Krishna and Gopis are the most attractive parts of Ras Leela. It is popular mainly because of its rhythm, music and tune.

The Tripuri people are music lovers and they are highly involved with their folk tales and music. Many myths and legendary stories are attached to the Tripura music and these are accompanies by wonderful musical instruments as well. Some of the musical instruments used by the people here in order to make its music more than soothing are as follows:

This is a flute type instrument used by blowing air into it. It is made up of bamboo and people make them locally.

It is a very old traditional musical instrument and is made from the trunk of trees. Skin membrans and strings are also required to make the instrument a complete piece. One needs a lot of co ordination in order to play this Uakhrap.

A very strange kind of musical instrument which is also made of bamboo and creates a noise like ‘claps’ and ‘twangs’.

The drum is an inevitable part of Tripura music. It is barrel shaped with skin membranes of goat covered on both the ends which can be beat in order to give out the music.

Made of bamboo, the chongpreng is a hollowed wood block where strings are attached in order to creat the music. One can imagine a guitar to be similar to this.

Art and Craft in Tripura

Tripura is a land of diverse culture, races and traditions. Stretched in the midst of the northeastern states of India, Tripura is known for its bamboo and cane products, hand loom, and jewellery products. The people of Tripura have a special skill of crafting. There are several small scale cottage industries and most of the people are engaged in different types of handloom and handicraft making. Bamboo and cane products, traditional textiles and jewelery, and other forms of craft making are some of the activities in art and craft industry, the people of Tripura are involved in. The main art and craft of the state of Tripura are:

Cane and bamboo products of Tripura 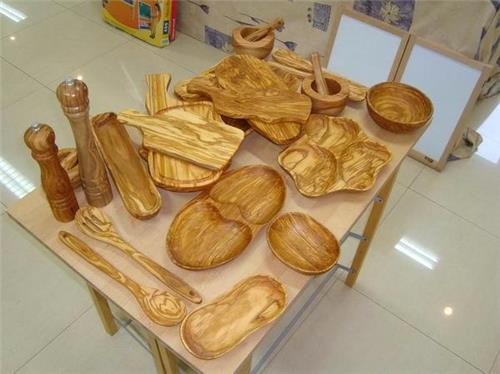 Basketry is an important craft of Tripura. The different types of baskets made by the artists in Tripura include the Jamatia firewood basket, Riang carrying baskets, Karawala tukri, tukri, Sempa khari, date basket and so on. 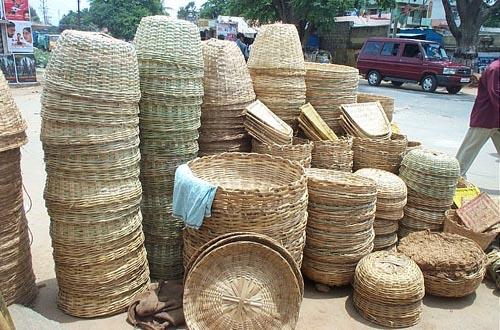 Handloom is a significant handicraft industry of Tripura. The people weave clothes in different looms. In Tripura the lion loom is used for weaving. Places like Khowai, Kailashahar, Belonia and so on are known for their handloom products. The main feature of the Tripura handloom is vertical and horizontal stripes with embroidery. The handloom include riha, lungi, sari, chadar, bedspreads, furnishing clothes, and scarves with Tripuri motifs.

The tribals of Tripura wear clothes made by them. Riha and risha are the traditional items fabricated by the people. The men wear turbans and a narrow piece of cloth as garments. The women wear pachchra and risha.

People of Tripura are very skilled in making traditional jewellery. The artists make jewellery made of bronze, silver and copper. Jewellery such as necklace, earrings, bangles, are made by the skilled craftsmen of Tripura. The coin shaped design necklace of Tripura is in much demand in the state and in the northeast also. 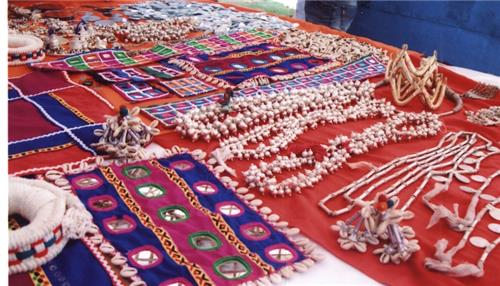